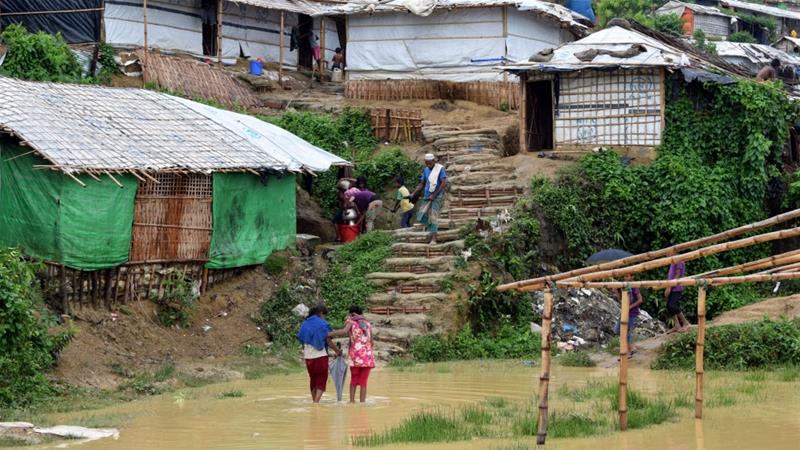 Landslides triggered by heavy monsoon rains has killed at least 12 people in and around Bangladesh’s border district of Cox’s Bazar, which is home to around a million Rohingya refugees.

The victims of Tuesday’s incident were buried under mud when surrounding hills gave way under a deluge of rain.

Aid agencies have been warning of the potential for a humanitarian catastrophe over the coming months as heavy rains lash an area home to the world’s largest refugee camp.

Landslides have so far killed at least 13 people this week, including a Rohingya boy who was crushed to death by a collapsing mud wall at the Kutupalong refugee camp on Monday.