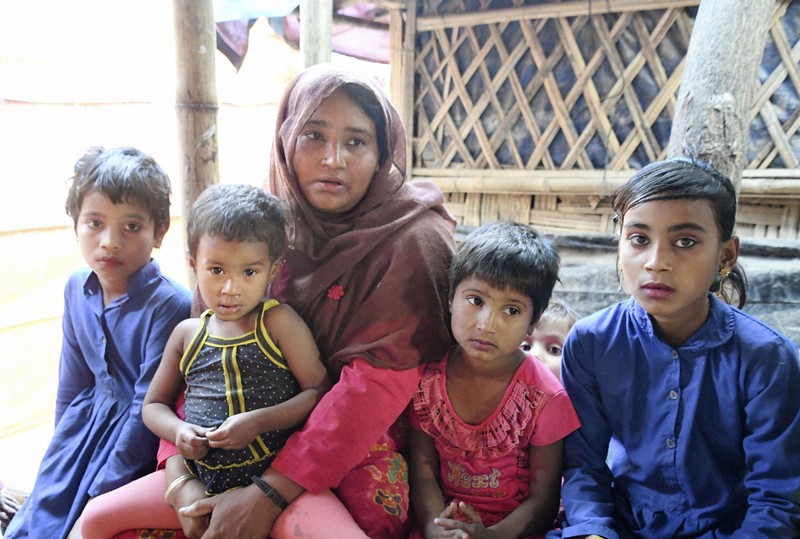 DHAKA/YANGON (Kyodo) — The plight of Rohingya refugees living in squalid camps in Bangladesh continues as efforts to repatriate them to Myanmar have virtually stalled, with the world’s attention focused on the coronavirus pandemic.

Three years ago on Tuesday, tens of thousands of people from the Muslim minority started fleeing their homes in the western state of Rakhine to escape a military crackdown on insurgents.

In the span of a few months, the Cox’s Bazar district near Bangladesh’s border with Myanmar became the world’s largest refugee settlement with more than 1 million refugees.

Since August 2017, over 740,000 Rohingya have fled to Bangladesh, according to the U.N. High Commissioner for Refugees. A U.N. fact-finding mission report estimated at least 10,000 were killed in Myanmar.

International efforts to repatriate the refugees have failed so far. Even as arrangements were made to facilitate their repatriation, the refugees refused to go back, fearing violence in Buddhist-majority Myanmar.

The Myanmar government led by Aung San Suu Kyi does not recognize the Rohingya as an ethnic group with rights as citizens. Instead, they are branded as illegal immigrants from Bangladesh.

The refugees say they will not go back unless they are given citizenship, right to freedom of movement and guarantees of safety.

A general election is scheduled to be held in Myanmar in November. But the Rohingya have not become a campaign issue. Nor are they expected to be, given the government’s position on the minority.

The coronavirus has also been spreading at the camps, causing increasing concern among the refugees.

Mohammad Alam, a 21-year-old Rohingya, arrived in Cox’s Bazar in August 2017 after the Myanmar military attacked his village in Maungdaw.

He later married a fellow refugee. “I am now father of a baby boy and living a secure life in Bangladesh,” he said.

But he said residents of the camps live in fear of the coronavirus and have been asked to wear masks and avoid gatherings.

Virus cases were first reported at the camps in May. By Aug. 16, 79 infections had been confirmed there, including six deaths, according to the World Health Organization.

Many Rohingya refugees were separated from their family members as they fled to Bangladesh. After three years, they are still desperate to know what has become of them.

Rafiqua Begum, a 25-year-old mother of three, said she and her children got separated from her husband Amir Hossain.

“I still don’t know the whereabouts of my husband,” she said.