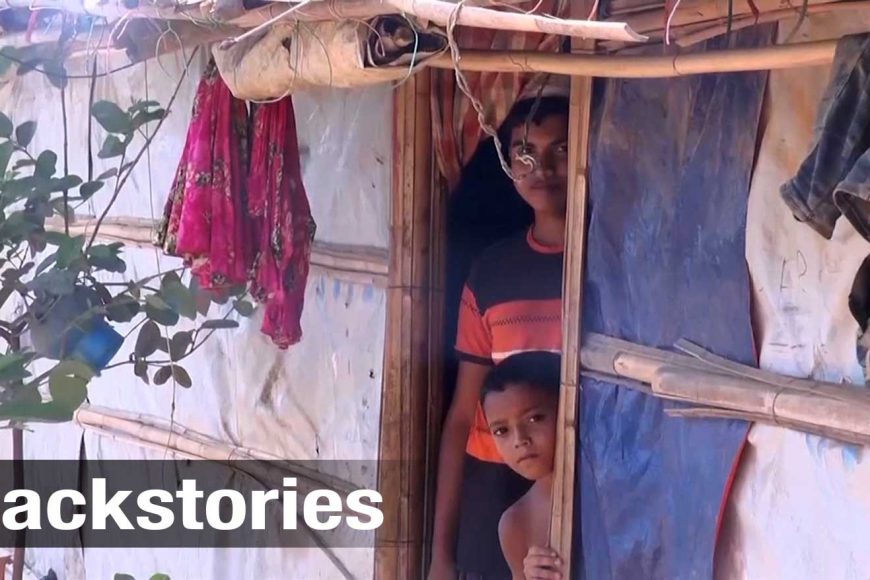 In the world’s largest refugee camp, where more than 800,000 people live in cramped conditions, a coronavirus crisis is threatening to become a humanitarian disaster. And it comes at the worst possible time: the peak of cyclone and monsoon season.

NHK World correspondent Mochizuki Mami sat down with Louise Donovan, Public Information Officer from the UN High Commissioner for Refugees, to hear what’s happening.
The Rohingya refugees fled a military crackdown in Myanmar which a former senior UN official has described as “a textbook case of ethnic cleansing.” The first coronavirus case was confirmed at the Kutupalong Camp for Rohingya refugees in Cox’s Bazar, Bangladesh, in mid-May. The first death was reported last Sunday.

Donovan says her agency and other aid groups have spent months preparing for the virus. They’ve built isolation and treatment centers that can handle up to 1,900 people. They’ve also built extra washing facilities and distributed soap. And they have been conducting educational campaigns in multiple languages, including Rohingya, Bengali and Burmese.

But Donovan says the current situation is “very challenging” because the camp is so densely populated. About 40,000 people occupy each square kilometer, which makes it difficult to enforce social distancing measures.

The aid workers are also being hampered by new government restrictions. Authorities are limiting the number of people who can enter the camp, as part of their effort to stop the virus from spreading throughout the country. Donovan says the aid agencies have had to cut back on staff numbers by 80%.

Donovan says this has made it difficult for aid workers to contact their partners and the government. She adds that without the internet, people have been unable to access reliable information, leading to the proliferation of rumors.

The situation has been exacerbated by the fact that the coronavirus has hit at the height of monsoon season. When Super Cyclone Amphan tore through the region in mid-May, it flooded parts of the camp and destroyed some of the shelters.

Donovan says aid workers have been teaching the refugees how to minimize the risk of flooding, with techniques to cut soil erosion and prevent landslides.

Donovan says she understands that the authorities want to focus on measures to protect their citizens. But she says they must also support the refugees in order to prevent an already distressing situation from becoming far worse.

“I think it’s really important to focus on international solidarity with the most vulnerable groups,” she says. “As everybody is aware, COVID-19 doesn’t discriminate. It affects everybody.”